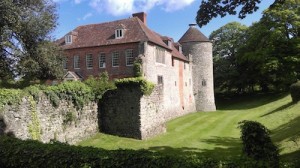 We gathered 37 of Kent’s leading growth business owners and senior executives at the exquisite Westenhanger Castle Conference venue in May 2015.

The castle, originally the estate of the 11th Century King of Denmark & England Cnut ( known to English history students as Canute ). 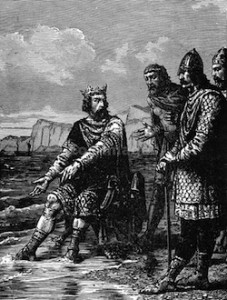 As you will recall King Cnut is famous for the practical metaphor for his inability to stop the advancing tide of history, when as the most powerful man in Northern Europe he was unable to order the sea tide to stop from coming in.

Westenhanger Castle also boasts a full size replica of the sailing ship Discovery, the smallest of three ships that were led by Captain Christopher Newport on the voyage that resulted in the founding of Jamestown in the new Colony of Virginia in 1607. 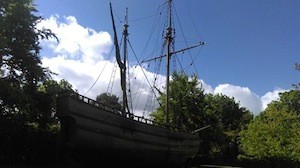 Therefore the choice of venue where a powerful ruler demonstrated that the tides of change sweep on forever yet opportunities always exist to discover and develop the new was very apt.

The Business Bunker Radio Show in association with Rift Accounting & Jobsinkent.com staged a lunch conference to discuss the issues of change, opportunity and the immediate future of business and the economy.

The day began with a an introduction from Jane Ollis MD Rift Accounting and then Paul Andrews from the Businessbunker highlighted the format of the day. The attendees after their tours of the castle and estate were asked to network and introduce themselves to each other prior to our lunch.

Paul Andrews, Jules Serkin & Chris Pollard then captured some of the discussions in “vox pop” style for broadcast on the radio show.

At lunch the discussion continued in small groups sat at each table.

We gathered as much of the information generated by these discussions as we could and quickly tried to condense them into some bullet points to take away from the meeting.

In general it was felt that :

The future is SMALL.

Small & medium sized business are now  dominant players in the economy, faster to react, innovative and creative. This applied both in service and manufacturing sectors. The rise of small manufacturing business has started to reverse the trend of overseas outsourcing. The huge growth in new jobs is mainly down to the rise in small and medium sized businesses. There are now 5.2 million UK SME’s.

That GROWTH is a key factor

However there was a healthy debate about what exactly constitutes growth and how we achieve it. Its not just about getting bigger. As owner managers how do we manage growth, and are the owners a hinderance to growth ? The role of professional support services, accountants, law firms, coaching and mentoring to facilitate planned growth is seen as crucial. As always red tape, bureaucracy and regulatory issues can serve to put a brake on growth.

Just about every delegate mentioned difficulty in sourcing skilled staff. It was also reported that whilst all the businesses there were keen to hire apprentices and to give young people work experience not enough are work ready or have the correct attitude to work. This is an issue that urgently needs to be addressed with far more dialogue between business, schools and colleges.

As is usual in these discussions the failure of the UK’s technology infrastructure, broadband & mobile to deliver 21st century service levels and speeds is a major constraint on business and economic growth. This issue effects the more rural areas more than urban but even so we are talking about South East UK here which isn’t exactly that rural.

The customer is King, old style selling is on the wain, its now about service delivery, quality and content. Customer focus is about building relationships. Its about working with customers to help them deliver to their audience too. The future lays in marketing, social media platforms, networking and forums. The sales process is radically changing.

Growth is always dependent on the availability of finance. Especially in capital intensive manufacturing businesses. This is very high risk too as the cost of equipment and the timescale to ROI can be scary. Therefore R&D and tax incentives are a crucial part of this process. However access to funding has been difficult since 2007 and the banking crisis. It’s increasingly difficult to raise money by bank borrowing. This is where the new forms of alternative financing are coming to the fore. Crowd funding, Peer to Peer lending and other sources of finance arrangements.

I’ve saved this one until last, but it was the strongest and most consistent message we received on the day. It was felt that 20th century and mega corporate business was all about competition. The new small is beautiful paradigm has introduced collaboration instead of competition. Businesses working in association, partnership and loose alliances in order to deliver exceptional customer experience. The new social media, networking and business support organizations such as chambers, Federation of Small Business now have a fundamental role to play in the future of our growing economy.

This has been a snapshot of the major findings from our meeting, a number of other issues were raised about manufacturing & the trend to reshoring , construction, housing, international trade & the rise of SME exporting, technology, simpler tax rules and the role of the public sector.

We would like to say a big thank you to all the people that took part in our first in a possible series of these types of events. We will be broadcasting the interviews from this event on the Business Bunker Radio Show. 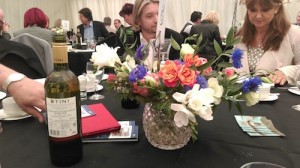 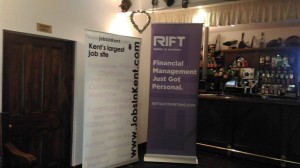 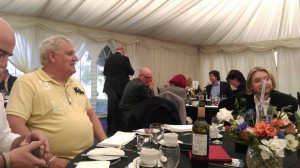 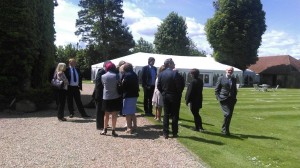 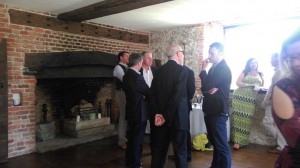