Which technologies are businesses using to reduce the water crisis?

Fresh clean drinking water is absolutely essential for health and the survival of humanity, yet two thirds of people around the world live in areas with a scarcity of water.

In a time when maintaining personal hygiene is more important than ever, which technologies are businesses using to fight this crisis? Let’s look at 5 examples:

In the US, water filtration systems account for 6% of nationwide electricity use. The fight to alleviate the water crisis therefore poses a wider environmental issue by increasing the need for fossil fuels. Solar powered filtration is one technology that removes or reduces the need for electricity therefore minimising further environmental impact.

One business leading solar powered filtration is Swedish company Solvatten. Solvatten is a combined portable water treatment and water heater system that has been designed for off-grid households in the developing world. Each unit contains two five-litre containers, which are filled through a 35micron filter. The unit is then placed in direct sunlight, which simultaneously heats the water and exposes it to ultraviolet radiation. The combination of heat and UV light is a highly effective means of purifying water and, depending on conditions, the water will be free of pathogenic material in 2-6 hours.

Clean, hot water – using just the power of the sun.

30% of the world’s population live near the coast and yet despite this many don’t have access to clean, drinking water. Sea water may be plentiful in coastal areas, but it’s highly saline and can’t be drunk. So, desalination offers a solution for coastal regions. However, large desalination plants can be polluting and damaging to local environments.

QuenchSea, developed by Hydro Wind Energy is the world’s first low cost portable desalination device that allows individuals to desalinate sea water for personal use. It is the size of a conventional iron and with manual power alone it can produce 300ml of water in six to nine minutes, depending on the feedwater quality.

As well as appealing to sailors, campers and hikers, QuenchSea is also playing a significant humanitarian role.  Hydro Wind Energy has pledged to donate 100 million units over the next seven years and has partnered with NGOs such as Project Maji and Rapid Response to increase access to freshwater for those in need.

Further from the sea, freshwater filtration systems can be used to provide quick access to water. Fresh water filtration systems work by using a physical barrier known as a Hollow-Fibre Membrane which effectively removes microbiological contaminants from the water. The tubules or fibres are about 1mm thick, with numerous 0.2 micron (or smaller) pores that allow water to flow freely through their fibrous walls.

LifeStraw is a portable drinking straw created by Swiss company, Vestergaard. The straws use membrane microfilters which filter the water as you drink it. The straw has a 1000 litre lifetime and removes 99.9 percent of bacteria and parasites. The portable straws are ideal for personal use and the company also makes larger units for households and communities. To date, over a million children in western Kenya have been given access to clean water via LifeStraw.

Another common method of freshwater collection is Fog Collection. Through condensation, atmospheric water vapour from the air condenses on cold surfaces into droplets of liquid water. This water is then collected in large amounts and used to provide freshwater for the local area. The phenomenon is most observable on thin, flat, exposed objects like plant leaves and blades of grass, so fog collection systems mimic these structures.

Fog harvesters are mesh nets, usually one metre squared, erected perpendicular to the path of the wind. As the wind blows fog through the device, the mesh catches the droplets, and gravity pulls the water down into containers underneath. Generally, fog harvesters collect about three liters a day per square metre of mesh.

FogQuest is a non-profit, registered Canadian charity dedicated to planning and implementing water projects for rural communities in developing countries. They work in a number of countries including Guatemala, Ethiopia and Chile, and for many people in the regions they support, this is their main source of fresh water.

Compared to the technologies above water purification tablets have been around a long time. But that doesn’t make them any less useful. They are ideal for emergency humanitarian situations, as well as refugee camps and for peacekeeping forces (for example they are used by NATO and the British Army). They are convenient and low-cost. They work by releasing free chlorine into the water which kills most pathogens. This is similar to the way many municipal water treatment plants disinfect drinking water before releasing it into the distribution system. You normally require one tablet per litre of water and need to wait 30 minutes before drinking.

LuminaUltra ran a trial to determine the effectiveness of this popular technology. Water was collected from the Saint John River in New Brunswick and tested three times before treatment and three times at 30 minutes and 1 hour after the tablets were added. The untreated river water averaged 393 pg ATP/mL, standard for surface water but significantly higher than the 10 pg ATP/mL limit for drinking water.

After adding an Aquatab, mixing the sample, and allowing it to take effect for 30 minutes, the results showed a 99% decrease in biological content with the treated water averaging 5 pg ATP/mL, well below the high-risk limit.

These technologies are very different, but they can all contribute towards solving the global problem. Given the scale of the crisis we need to combine different technologies and approaches in order to make a significant impact.   As mentioned, old approaches such as water purification tablets have a role to play alongside new inventions, such as QuenchSea. To combat the world’s water crisis both long-established and innovative products need to be put to good use.

Lee King is founder of Hydro Wind Energy, creators of QuenchSea. Their mission is to make a major contribution to solving the world’s water and energy crisis, through a range of innovative technologies. See: www.quenchsea.world and www.hw.energy 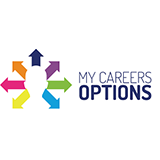